We have performed molecular dynamics simulations on a set of nine unfolded conformations of the fastest-folding protein yet discovered, a variant of the villin headpiece subdomain (HP-35 NleNle). The simulations were generated using a new distributed computing method, yielding hundreds of trajectories each on a time scale comparable to the experimental folding time, despite the large (10,000 atom) size of the simulation system. This strategy eliminates the need to assume a two-state kinetic model or to build a Markov state model. The relaxation to the folded state at 300 K from the unfolded configurations (generated by simulation at 373 K) was monitored by a method intended to reflect the experimental observable (quenching of tryptophan by histidine). We also monitored the relaxation to the native state by directly comparing structural snapshots with the native state. The rate of relaxation to the native state and the number of resolvable kinetic time scales both depend upon starting structure. Moreover, starting structures with folding rates most similar to experiment show some native-like structure in the N-terminal helix (helix 1) and the phenylalanine residues constituting the hydrophobic core, suggesting that these elements may exist in the experimentally relevant unfolded state. Our large-scale simulation data reveal kinetic complexity not resolved in the experimental data. Based on these findings, we propose additional experiments to further probe the kinetics of villin folding.

Molecular dynamics (all-atom, explicit solvent) simulations were performed on a set of nine unfolded conformations of the fastest-folding protein yet discovered, a variant of the villin headpiece subdomain (HP-35 NleNle).

The simulations were generated using a new distributed computing method utilizing the symmetric multiprocessing paradigm for individual nodes of the "Folding@home" distributed computing network. This technology has enabled the generation of hundreds of trajectories each on a timescale comparable to the experimental folding time, revealing kinetic complexity not resolved in current experimental data. 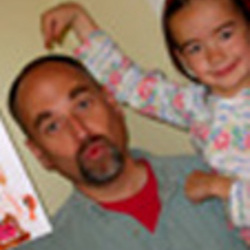 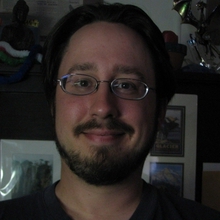 Announcing the release of many hundreds of folding trajectories of a Villin Variant.

The trajectory files for thousands of all-atom, explicit solvent molecular dynamics simulations performed on a set of nine unfolded conformations of a variant of the villin headpiece subdomain (HP-35 NleNle) are made available in GROMACS and PDB formats, along with a VMD plug-in to visualize the trajectories.

The trajectories are organized into a group, PROJ3036, which contains trajectories starting from the nine non-folded configurations mentioned above.

For a detailed description of the organization of the thousands of trajectories available, please go to the project's Wiki, also accessible through the menu (left hand side).

Scripts and a VMD plug-in to download trajectories as well descriptions of the different starting structures in this study are available from the Downloads menu.