There has been an ongoing debate for a long time as to which running form is the optimal for performance for endurance, long distance running. Numerous personal accounts for improvement in performance has been reported by everyday athletes all the way to world champion triathletes describing a number of modified components to their running form that have helped in making them run faster and more efficiently. But none of which has really been well documented scientifically. Though this project is only a tiny step toward analyzing differences in running forms with preliminary data, it provides a platform for future biomechanists to examine the key differences in running forms of different individuals.

This is an extremely difficult question to answer since there is almost no way to experimentally test the differences between running forms. This is because it is impossible to have adequate controls. Every runner is different in height, weight, fitness level, muscular strength, etc. Every runner also runs differently. It’s not possible for one runner to replicate many different styles in an experiment as every runner has his/her own natural style. However, if different running motion kinematics can be replicated with one model of runner, the differences may be well observed.

Utilizing opensim software, simulations can be performed using the same runner and replicating different running styles. Computed muscle controls also allows muscle activations to be calculated and compared. An additional feature is the adding custom muscle model that fatigues to mimic an endurance running event. Since there has been no model with fatigable muscle implemented before, there are a lot of questions that can only be answered through simulation with fatigable muscles. Differences in running form may be analyzed without considering muscle fatigue, but inducing muscle fatigue may provide more insight. 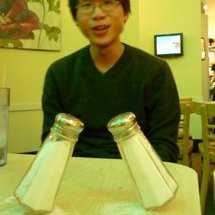 The download we are providing is a C++ script run through XCode that changes a .osim model's muscles from Thelen2003Muscle to Millard2013Muscle.

Muscle function of
overground running
across a range of...