Previous structural and functional imaging studies suggest that the corticocerebellar-thalamic-cortical circuit is dysfunctional in schizophrenia. Accurate identification and volumetric measurement of cerebellar subregions are essential to the role in healthy and disease states. Manual parcellation of the cerebellum on MR images was performed with the use of guide traces. Guide traces identified relevant fissures and borders in several planes, and their intersections with the primary tracing plane were used to maintain consistency and accuracy during the parcellation. The cerebellum was parcellated into right and left anterior lobes, superior posterior lobes, inferior posterior lobes, inferior posterior lobes, and corpus medullare. A systematic review of the final traces ensured their accuracy. An artificial neural network was trained using a novel landmark-warped method to help account for wide variability in structure size and location. Overlaps of the manually traced lobes (intersection/union) ranged from 0.78 to 0.85 and intraclass correlations (r2) ranged from 0.82 to 0.94. In a comparison of the semiautomated method with the manual method overlaps ranged from 0.83 to 0.88 and intraclass correlations ranged from 0.92 to 0.97. For two raters using the semiautomated method overlaps ranged from 0.83 to 0.88 and interclass correlations ranged from 0.97 to 0.99. The semiautomated method was built on the groundwork of the manual method to produce more reliable results in a fraction of the time, making valid measurements possible on a large number of subjects.

Genomics has brought many important discoveries and changes into science and medicine. The central dogma of molecular biology where "DNA makes RNA and RNA makes protein" is well established (yet controversial). Watson and Crick had originally proposed a double stranded model of DNA. This served as a useful foundation for further understanding and research. Throughout the years more investigations demonstrated that human evolution was far more complex than originally believed. There was originally a great deal of migration around the world causing some hereditary lineages to become isolated and others to become more robust.
The life cycle of a cell usually begins with division and continues with replication. However, errors in mitosis can cause a cell to undergo apoptosis or form into a tumor. Differentiating between the two final pathways may be critical in helping to guide cells towards a less destructive pathway for the host organism. The critical component has to do with the environment the cell is in. The cell receives information from the outside environment and adapts according to received stimuli.
This project has been conceived to leverage a team based approach for elucidating the underlying apoptotic pathways responsible for tumor lysis and cell death. Combining the current understanding of molecular dynamics, genomics, and contrast imaging agents to discover novel therapeutic targets and further the current understanding of tumor biology within the genomic era. 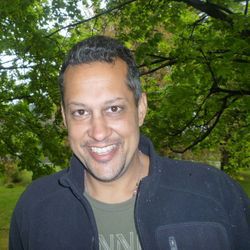