Workshop to introduce programmers and scientists to OpenMM and OpenMM Zephyr.

Simbios is holding a two-day workshop on February 12 and 13 to introduce programmers and scientists to two important releases that will be made available mid January on Simtk.org by the Protein Folding group.

1) OpenMM, a high-performance, extensible library written in C++ for executing molecular dynamics (MD) simulations on high performance computer architectures, such as GPUs. Significant performance speed ups of over 100x were achived in some cases using OpenMM.*

Reference code for OpenMM was released in September 08. The January release includes a version of Gromacs that uses OpenMM and hence benefits from the speed-up afforded by executing portions of the code on recent versions of NVIDIA or ATI GPUs. The current release supports implicit solvent models, with explicit solvent models to be incorporated into the next release.

2) OpenMM Zephyr, an application that uses Gromacs with OpenMM, and is designed to allow MD novices run Molecular Dynamics simulations and visualize them with VMD.

At the workshop, you will hear from: 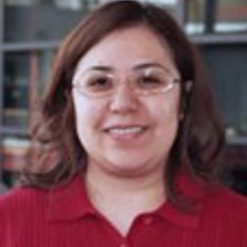