Enabling groundbreaking biomedical research via open access to high-quality simulation tools, accurate models, and the people behind them. 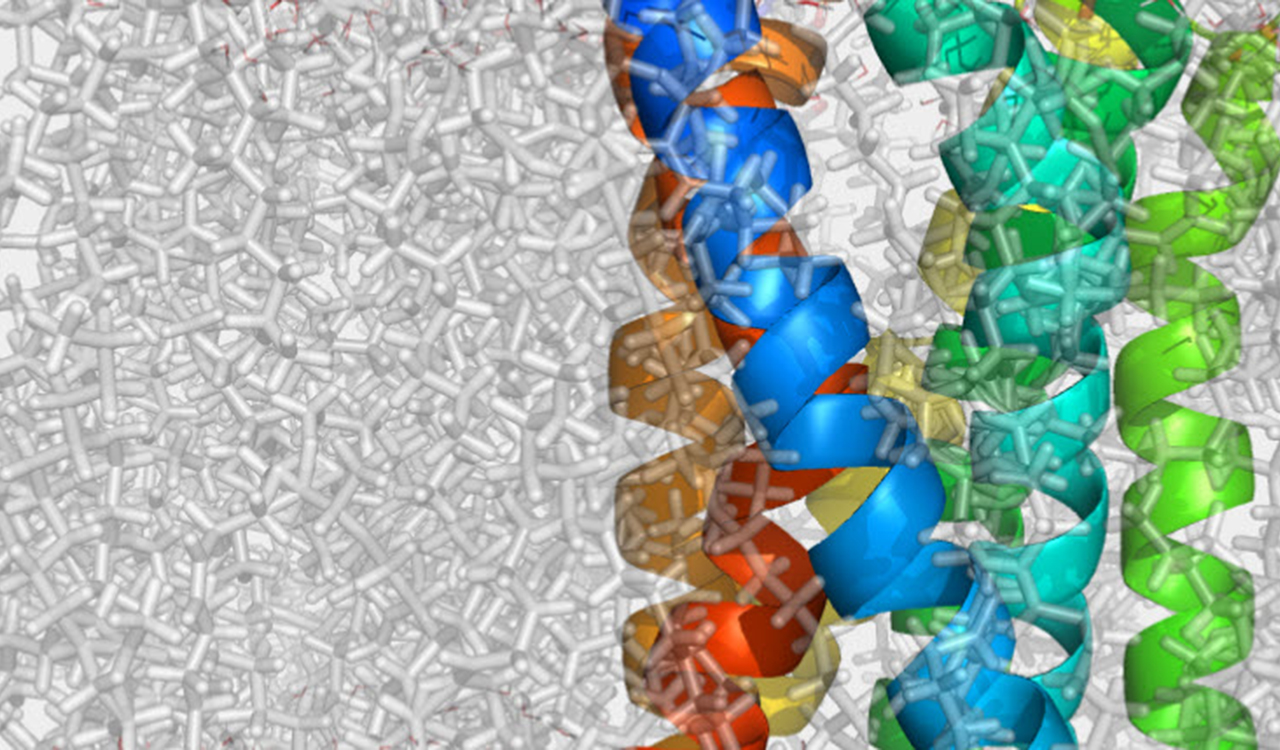 An open-source toolkit for molecular simulation with extreme flexibility through custom forces and integrators and extreme performance through GPU acceleration... Learn more 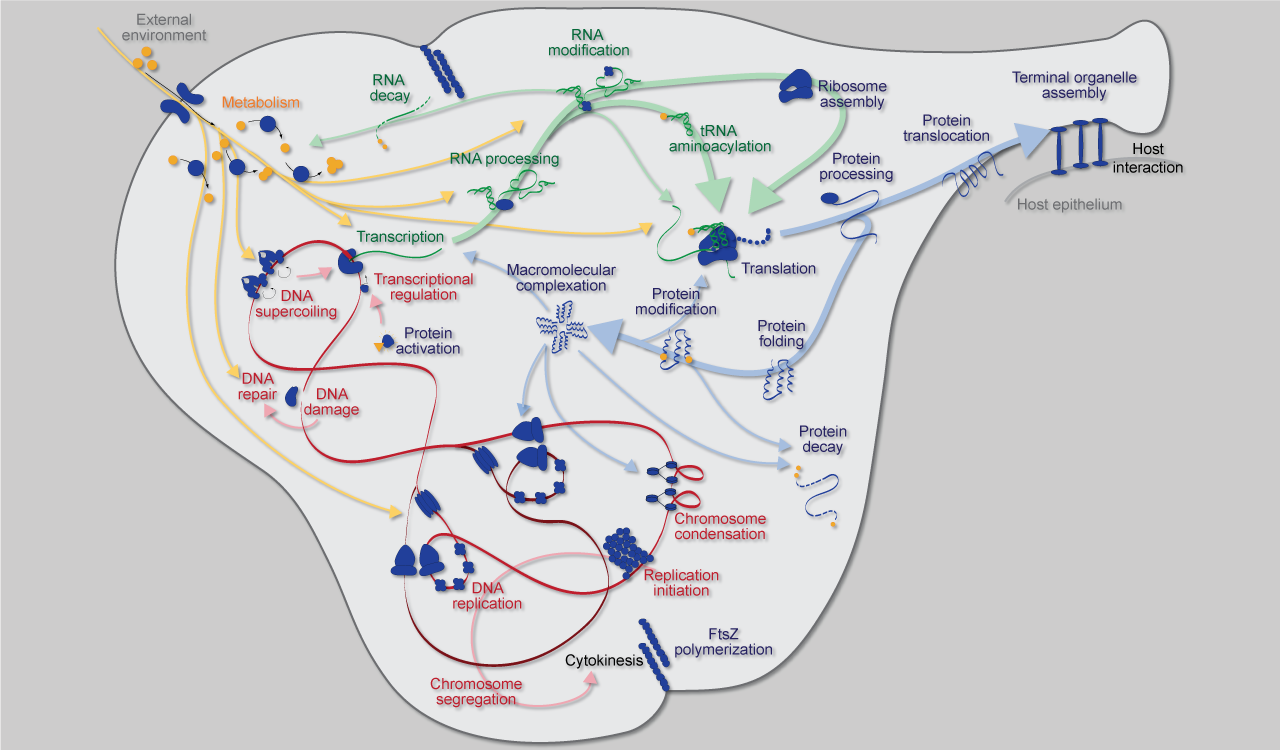 A detailed computational model of the entire life cycle of the bacterium Mycoplasma genitalium... Learn more 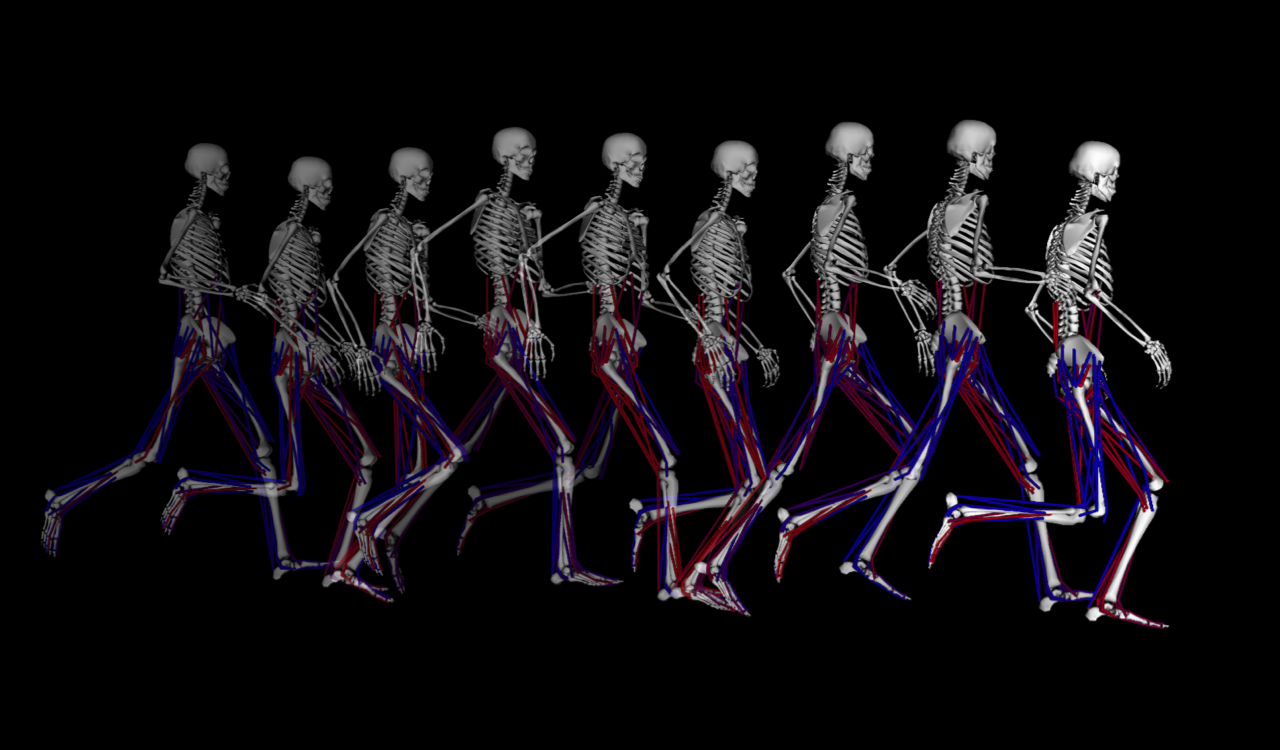 State-of-the-art modeling and simulation software for advancing our understanding of movement and designing improved treatments for movement abnormalities... Learn more 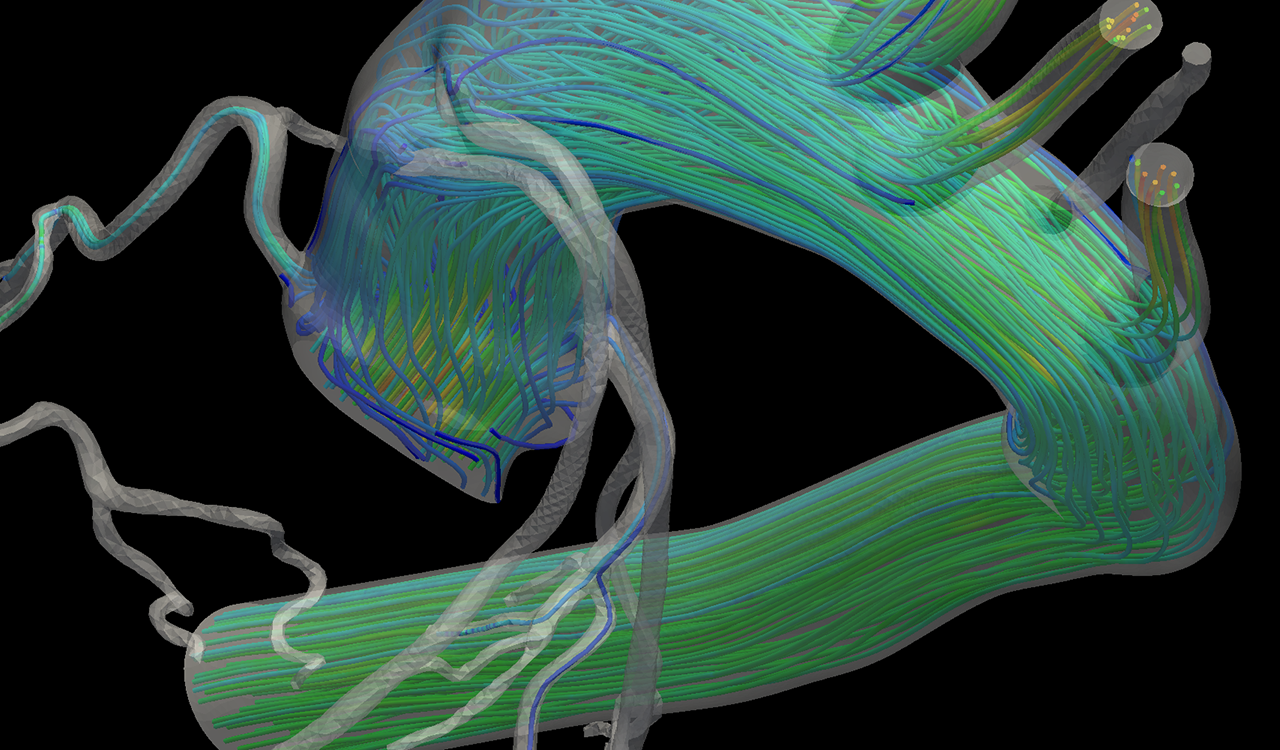 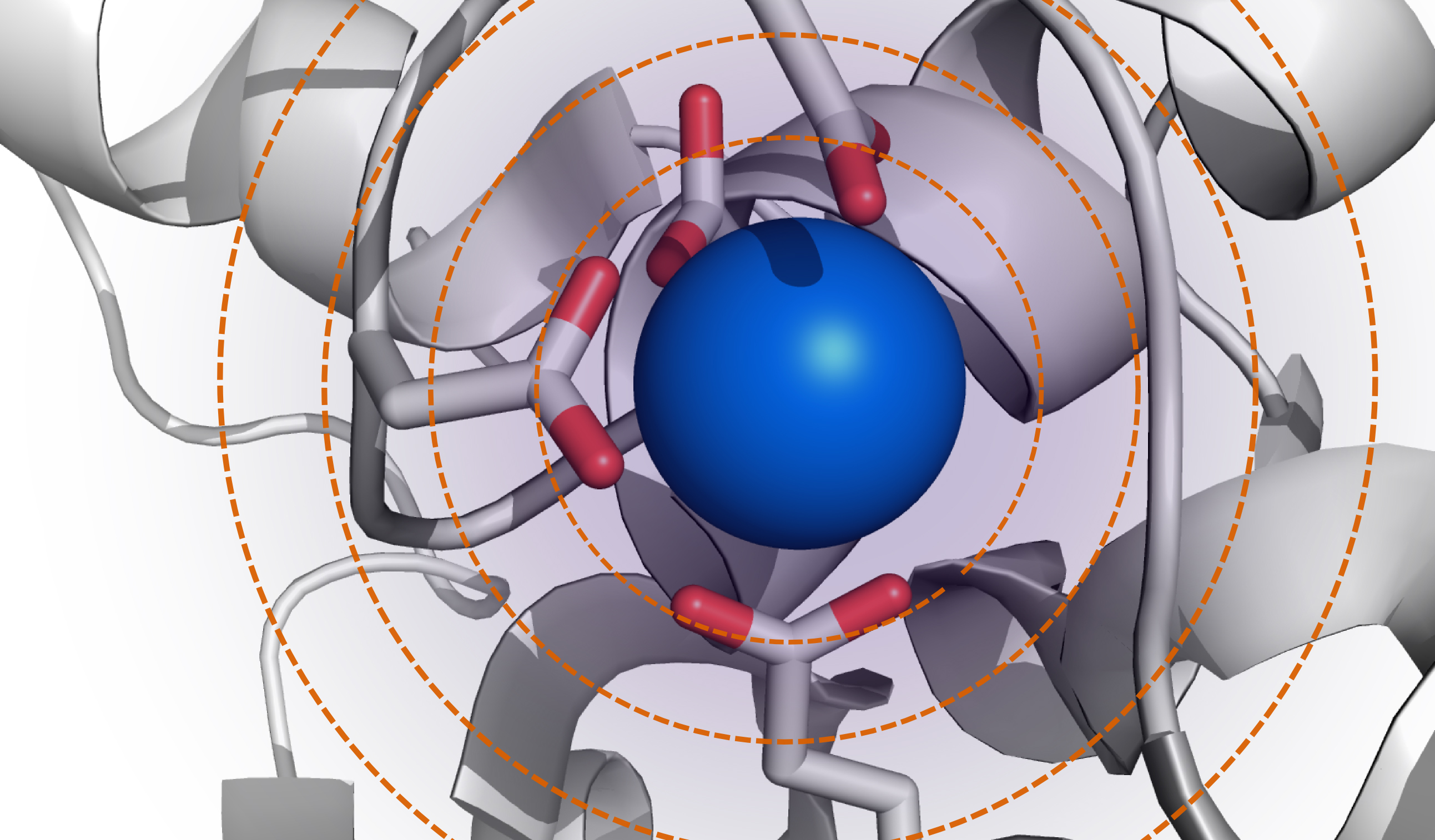 A multi-segment foot and ankle model consisting of
the tibia, talus, calcaneus, midfoot, forefoot and
toes, with a total of 7 degrees of freedom. Motion
between segments were constrained such that all
joints except for the ankle were modelled as a
revolut
Downloads last week: 81

The aim of this project is to provide detailed and
well-validated musculoskeletal models of the
thoracolumbar spine and rib cage, particularly for
investigators with an interest studying
musculoskeletal loading in the trunk.
Total followers: 34

Full Body Model for use in Dynamic Simulations of Human Gait

This project provides all code and data for the
first "whole-cell" model of the entire life cycle
of a living organism, Mycoplasma
genitalium.
Downloads last week: 281
Total downloads: 126,313

Ansys implementation of a muscle constitutive
model that uses an approximation of the tangent
modulus.
New download files: 1

This project has two main aims: 1) To develop
and validate a transtibial amputee model with
representative mass, inertial, and muscular
properties 2) To use this model to analyze
collected gait data from transtibial amputees
walking on a Biarticular Prosthesis prototype
Downloads last week: 105

This project aims for understanding the influence
of modelers’ approaches and decisions
(essentially their art) throughout the lifecycle
of modeling and simulation. It will demonstrate
the uncertainty of delivering consistent
simulation predictions when the founding data to
feed into models remain the same. The project site
also aims to be a hub to provide an overview of
resources for modeling & simulation of the knee
joint. Funding is provided by the National
Institute of Biomedical Imaging and
Bioengineering, National Institutes of Health
(Grant No. R01EB024573).
Downloads last week: 79
Total downloads: 15,779

3D Models of the Visible Human Male and Female

Complete 3D musculoskeletal geometries were
extracted from the National Libraries of Medicine
Visible Human Female and Male cryosection images.
Muscle, bone, cartilage, ligament, and fat from
the pelvis to the ankle were digitized and
exported in shareabl
New download files: 2

Provides tools for using different aspects of
Opensim within the Matlab environment, including
command line pipelines as well as accessing the
Opensim API directly. The main functionality
has now been included as part of Opensim 3.0 with
improved functionality (and will become more
obsolete with Opensim 4.0). Please see the
developer wiki for more information. Therefore
this is being kept only as an archive, and users
should see the documentation on interfacing Matlab
with Opensim on the Opensim website
(http://simtk-confluence.stanford.edu:8080/display
/OpenSim/Scripting+with+Matlab). As such the
forums etc will not be monitored.
Total followers: 24
Total downloads: 8,040

Rice Computational Neuromechanics Lab
Sep 13, 2022
The Rice Computational Neuromechanics Lab directed by B.J. Fregly is seeking to hire a creative and highly-motivated post-doctoral research associate, with an appointment beginning as soon as possible. We are seeking candidates who have demonstrated ability to lead and/or work collaboratively in teams composed of individuals of diverse backgrounds, skills, and perspectives.

University of Oregon
Aug 19, 2022
A postdoctoral research position is available at the Bowerman Sports Science Center within the new Hayward Field athletics facility at the University of Oregon, Eugene, OR. This position will join a vibrant team of research staff, graduate students, postdoctoral researchers and faculty in applied physiology and biomechanics, all working in association with the Wu Tsai Human Performance Alliance Innovation Hub at the University of Oregon. Additionally, the position will involve frequent collaboration with Bioengineering faculty and research staff in the Phil and Penny Knight Campus for Accelerating Scientific Impact.

With the recent publication of the data description in Nature Scientific Data, we have made downloads of all geometries, images, and segmentation masks available to the public. 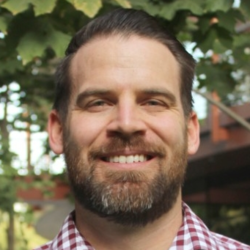 We are pleased to announce our upcoming webinar by Dr. Jess Selinger from Queens University.

SimVascular: Cardiovascular Modeling and Simulation May 26, 2022 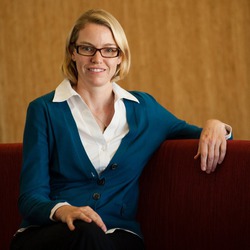 We are excited to be hosting our annual SimVascular workshop and user training at the SB3C conference June 23rd, 2022.

We are pleased to announce our upcoming webinar with Patrick Slade from Stanford University.

Please join us for a SimVascular workshop on Sunday June 13th, 2021 at 10am PST.