Follow
2396Hip
The 2396Hip version of the hip muscle model combines muscle definitions from Shelburne's hip model and the baseline OpenSim 2392 model. Specifically, definitions for muscles spanning (1) the hip, (2) the hip and knee, and (3) the torso were derived from Shelburne. Muscles spanning only the knee and everything distal to the knee were derived from 2392. The model was used in 13. Harris MD, MacWilliams BA, Foreman KB, Peters CL, Weiss JA, Anderson AE: Hip joint mechanics in young adults with acetabular dysplasia: joint angles, moments, muscle forces, and reaction forces during walking. Journal of Biomechanics 2017, 54:80-87.
2396Hip_v01

hip_muscles
NOTES ON THE HIP MODEL, Shelburne - August 2010 This model is intended for hip research - detail is focused on the muscles spanning the hip. The model is based on OpenSim example model 23DOF_94 with additional muscles and adjustments made by Kevin Shelburne. Muscles added: obturator, rectus abdominus. The knee geometry was taken from the OpenSim example model 23_54. Adjustments were made to the muscle geometry so that the moment arms of the model matched the measurements of Delp, Hess, Hungerford, Jones 1999; Jorgensen, Marras, Granata, Wiand 2001; Dostal, Soderberg, Andrews 1986; Nemeth and Olsen 1985. Wrapping objects were added for Gmax, Iliacus, and Psoas. Adjustments were made to muscle parameters so that the maximum isometric strength of the model matched the in vivo maximum torque measurements of Shelburne PhD Thesis 1997, Anderson PhD Thesis 1999, McGill and Hoodless 1980, McNeil, Warwick, Andersson, Schultz 1980. Overall, the strength of the model was increased by 20% from the original 23_54 OpenSim example model except for the muscles spanning the knee. These muscle strengths were matched to Shelburne and Pandy (2004).
Hip_23_72_Baseline_3

The Hip Musculoskeletal Model has been updated to be consistent with syntax used in OpenSim 3.3. We have tested the model using the example data provided with OpenSim as well as with multiple examples of our own data. 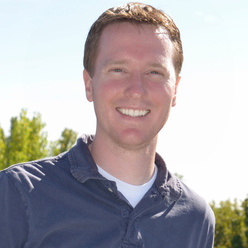 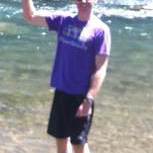