This project consists of the Computed Muscle Control (CMC) library. CMC is an optimization-based method for controlling systems of articulated rigid bodies. It is specifically designed for controlling systems that have more than one actuator per degree of freedom. Human (and animal) musculoskeletal systems are examples of such systems as a single joint is often actuated by many muscles. CMC also handles the nonlinearities and time delays in force production associated with muscles. The advantage of CMC over alternative optimal control techniques is its speed. CMC makes it possible to generate muscle-actuated simulations with detailed three-dimensional models of the musculoskeletal system (e.g., 23 degrees of freedom, 92 muscles) with about 10 minutes of computer time, which is hundreds or even thousands of times faster than traditional optimal control techniques.

The CMC algorithm is implemented as a set of C++ classes written on top of OpenSim. OpenSim is an object-oriented framework for modeling, simulating, and analyzing the neuromusculoskeletal system that is also available on Simtk.org.

Note that the CMC source code and documentation will be bundled with future releases of the OpenSim, so it will be unnecessary to download the CMC software from this project. 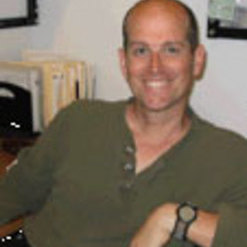