Small molecule drugs continue to be an important part of medical therapy. However, their use is plagued by the onset of unexpected side effects, often seen only in late-stage clinical trials or after release to the market. As a result, there have been a number of high profile drug withdrawals because of side effects. More worrisome, however, are side effects that result from drug-drug interactions (DDIs). It is very difficult to empirically study DDIs before drugs enter the market because of the small samples of co-prescribed drugs in most late stage clinical drug (Phase III) studies. Some DDIs can be predicted based on knowledge of shared pathways of metabolism--such as when two drugs share a metabolizing enzyme and so the effective levels of one or both drugs are affected by saturation of the enzyme. But many DDIs are more idiosyncratic and difficult to predict. The most difficult cases are those in which two drugs produce a synergistic effect not seen with either drug alone. Thus, I created surveillance methods to detect unexpected DDIs, relying on clinical databases--both electronic medical records and spontaneous adverse event reporting systems. Understanding DDIs has an additional benefit for drug discovery. If two drugs have a synergistic effect, they may shed new light on the molecular mechanisms of their action or of the diseases they treat. If we use a model not of “one drug-one target” but of multiple interacting cellular pathways that respond to drugs (“the network is the target”), then we can leverage DDIs for the study of disease. However, to do this we need new ways to probe and understand these pathways, such as studying the unexpected synergies between drugs in observational reporting systems. Thus it would be extremely valuable to have computational methods that link adverse events to molecular events. The emergence of large databases linking drugs, diseases, drug effects, demographics and genes offers a new opportunity to create informatics methods for greater understanding small molecule effects at the clinical and biological level. I describe studies in which I have shown the great power of integrating these databases. In particular, I used the FDA Adverse Events Reporting System (FDA-AERS) to discover a signal for abnormal glucose in patients taking both paroxetine and pravastatin. Paroxetine is a selective serotonin reuptake inhibitor antidepressant. Pravastatin is an HMG CoA reductase inhibitor cholesterol-lowering drug. Neither is typically associated with hyperglycemia. Based on my analysis of the FDA-AERS, I examined patient electronic medical records in three separate hospitals (Stanford, Harvard, Vanderbilt), and demonstrated a striking increase in glucose levels on patients on both drugs, compared to their glucose levels on only one of the drugs. I also showed that mice on these two drugs have increased glucose. I am working with FDA to consider a potential update to the drug labels. Although this discovery illustrates the power of clinical data mining, the databases I used are filled with biases that make their use treacherous. I believe there are many similarly valuable discoveries to be made in these databases. However, only with careful attention to systematic biases can I ensure that the predictions I make are valid. In this thesis I describe methods to address the major informatics challenges to detecting and understanding the effects of taking multiple drugs at once. In particular, I have shown that I can (1) remove the bias introduced by unmeasured confounding variables, (2) improve the detection of drug interactions in cases of low or even non-reporting, (3) link drug effects to genes through chemical informatics methods, and (4) validate new drug effects using novel retrospective and prospective studies. The work forms an infrastructure that is useful to (1) pharmacogenomics scientists wishing to understand drug action at the molecular level, (2) pharmacologists wishing to better understand the effects of drugs singly and in combination, and (3) regulatory agencies wishing to understand the efficacy and safety of drugs and drug-interactions at a population level.

Provide the data and materials for the work presented in the PhD Dissertation of Nicholas P. Tatonetti

The data files and scripts used for the analysis presented in the dissertation. 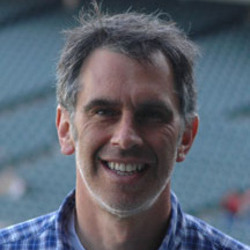 Data files cover the adverse event reporting system and derivatives of the database used in the analysis.