There are two releases of STAMS on this page. Version 1.2 depends on an older version of igraph (e.g. 0.7.1). Version 1.8 uses the current version of igraph (1.0). There are major changes in data representation and user interface in igraph 1.0. The STAMS 1.2 + igraph 0.7.1 combination is our stable release and runs in about 4-5 days on a single processor. STAMS 1.8 + igraph 1.0 is implemented in parallel, and is still being tested on large datasets. It works well on small sets. See the "Documents" tab above for the README about setting up a STAMS run.
Follow
STAMS
STAMS_1.8

STAMS 1.2 is the most stable release and we recommend using it. However... STAMS 1.8 works with the new igraph, and runs the searches in parallel using the parallel package in R. One small test sets, it works well. We are still testing larger runs. I recommend running an interactive job on your cluster to run this package in parallel. Depending on what kind of scheduler your cluster uses, there are parallelization packages that will allow you to submit it as a batch script and not an interactive job. On SLURM, I use rslurm from CRAN. The main function takes a cluster as an argument, and you can set up that cluster however you like.Notes  View License

STAMS_1_8.tar.gz
13 KB
Any
Source code
The latest STAMS package. See the ?STAMS for a working example.

STAMS 1.2 works with older igraph version 0.7.1. It runs on a full network in 4-5 days on a single processor. It is our stable release. There are major data structure and UI differences between the two igraph versions. STAMS 1.2 will not work with igraph > 1.0.  View License

STAMS_1_2.tar.gz
13 KB
Any
Source code
This version of STAMS works with older versions of igraph (including 0.7.1). There were major data representation and UI changes in igraph 1.0 which cause this version of the code to run very slowly with igraph 1.0.
82 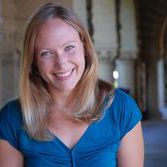