Follow
FEATURE for Metals
Metals play a variety of roles in biological processes, and hence their presence in a protein structure can yield vital functional information. Because the residues that coordinate a metal often undergo conformational changes upon binding, detection of binding sites based on simple geometric criteria in proteins without bound metal is difficult. However, aspects of the physicochemical environment around a metal binding site are often conserved even when this structural rearrangement occurs. We have developed a Bayesian classifier using known zinc binding sites as positive training examples and nonmetal binding regions that nonetheless contain residues frequently observed in zinc sites as negative training examples. In order to allow variation in the exact positions of atoms, we average a variety of biochemical and biophysical properties in six concentric spherical shells around the site of interest. At a specificity of 99.8%, this method achieves 75.5% sensitivity in unbound proteins at a positive predictive value of 73.6%. We also test its accuracy on predicted protein structures obtained by homology modeling using templates with 30%-50% sequence identity to the target sequences. At a specificity of 99.8%, we correctly identify at least one zinc binding site in 65.5% of modeled proteins. Thus, in many cases, our model is accurate enough to identify metal binding sites in proteins of unknown structure for which no high sequence identity homologs of known structure exist.
FEATURE Zinc-binding domain 2007 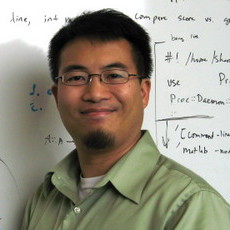