Musculoskeletal modelling has become a valuable tool with which to understand how neural, muscular, skeletal, and other tissues are integrated to produce movement. Most musculoskeletal modelling work has to date focused on humans or their close relatives, with few examples of quadrupedal animal limb models. A musculoskeletal model of the mouse hindlimb could have broad utility for questions in medicine, genetics, locomotion, and neuroscience. This is due to this species’ position as a premier model of human disease, having an array of genetic tools for manipulation of the animal in vivo, and being a small quadruped, a niche for which few models exist. Here we describe the methods used to develop the first three-dimensional (3D) model of a mouse hindlimb and pelvis. The model, which represents bones, joints and 39 musculotendon units, was created through a combination of previously gathered muscle architecture data from microdissections, contrast-enhanced microCT scanning and digital segmentation. The model allowed muscle moment arms as well as muscle force to be estimated for each musculotendon unit throughout a range of joint rotations. Moment arm analysis supported the reliability of musculotendon unit placement within the model, and comparison to a previously published rat hindlimb model further supported our model’s reliability. A sensitivity analysis performed on both the force-generating parameters and muscle’s attachment points of the model indicated that the maximal isometric muscle moment is generally most sensitive to changes in either tendon slack length or the coordinates of insertion, although the degree to which the moment is affected depends on several factors. This model represents the first step in the creation of a fully dynamic 3D computer model of the mouse hindlimb and pelvis that has application to neuromuscular disease, comparative biomechanics, and the neuromechanical basis of movement. Capturing the morphology and dynamics of the limb, it enables future dissection of the complex interactions between the nervous and musculoskeletal systems as well as the environment.

This project details the development of a 3D musculoskeletal model of the mouse hindlimb and pelvis. It describes the moment arms of 44 musculotendon units, and is validated via a sensitivity analysis performed on the muscle force generating parameters and attachment points. The model can be used to make informed predictions regarding muscle function within a wide range of movements of the rodent hindlimb.

The model has been used to estimate mouse hindlimb muscle functions during trotting locomotion using static optimisation and muscle analysis. Input files to replicate these simulations are available for download. 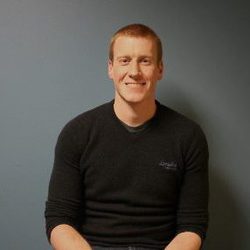 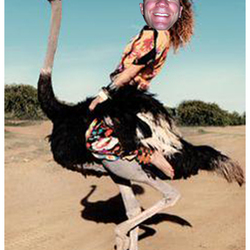 The full Opensim model is provided and can be used to replicate all the data presented in the paper. Further simulations can be run with it, which are currently being developed.