Provides some models and experimental data which can be used to simulate contracture and weakness.

In spastic cerebral palsy (CP) there is a gradual loss of functional capacity during development. This is thought to be due to changes in muscle structure that occur secondary to the neural lesion which causes spasticity [1]. These changes are commonly termed muscle contracture. Although we know that muscle contracture and weakness progress with age [2], the precise structures responsible and the influence this has on functional capacity are not clearly understood.

Recent work in children with CP has demonstrated that the structural and mechanical properties of spasticity affected muscle are very different to that of typically developed (TD) muscle [3-5]. As such, the interplay between muscle dynamics and the subsequent movement will be very different in this population. Simulation studies up until this point [6, 7] have primarily focused on using abnormal movement patterns to examine variations in muscle coordination without fully considering the impact of changed structural and mechanical muscle-tendon properties.

The underlying rationale for the proposed work is that muscle weakness arising from altered muscle-tendon structural and mechanical properties may be a primary factor limiting normal gait in CP. We aim to use experimental measures of muscle-tendon structural and mechanical properties along with 3D gait analysis to determine the influence of changed muscle properties on observed movement outcomes.

Aim 1: Determine the influence of using the experimentally determined muscle properties from an adolescent CP population on the predicted muscle activation patterns during both normal (TD) and equinus (CP) gait.

Aim 2: Perform sensitivity analysis to examine which muscle-tendon properties are most detrimental to gait performance in CP. 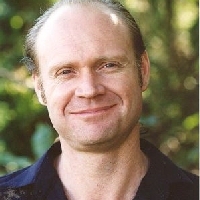