Part of the Interagency Modeling and Analysis Group (IMAG) Multiscale Modeling (MSM) Consortium, this working group seeks to advance the use of MSM within biomechanics.


Example of multiscale modeling in biomechanics

Goals and Objectives
Through interactions within members and with other working groups, the goals of the Biomechanics Working Group are: 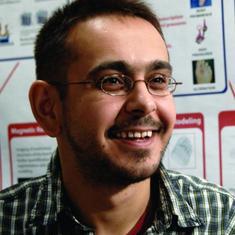 Design and
Validation of
Insoles Using...