This is a private project. You must be a member to view its contents.

To investigate heterogeneous alveolar stresses in diseased lungs, we will develop and validate multiscale models of the entire rat respiratory tract, connecting airway mechanics with coupled macro- and microscale mechanics of parenchyma.

Mechanical ventilation is the most effective treatment to reduce mortality of patients suffering from acute respiratory distress syndrome (ARDS) and acute lung injury (ALI). However, it is now well recognized that mechanical ventilation can result additional injury. The mechanisms of VILI are related to altered and extreme stresses in the micromechanical environment of the alveoli and are collectively known as ventilator induced lung injury (VILI).

Management of ARDS/ALI and VILI faces four fundamental, interrelated and seemingly insurmountable challenges. First, at its core, VILI is induced by mechanical stress, either directly by way of rupture or indirectly by way of mechanically induced pro-inflammatory cytokine release and subsequent edema and/or tissue alterations. However, alveolar stresses and pressures are not measurable. Second, the lung is a dynamic, complex and highly heterogeneous organ. Thus, alveolar stresses are a function of both time and space, and alveolar stresses in one region of the lung may not be indicative of alveolar stresses in another. Numerous studies have demonstrated the heterogeneity of parenchymal scale strain from μ-CT data. How that heterogeneous strain maps to parenchymal scale stress, let alone to alveolar scale stress, is unknown. Moreover, that heterogeneity has been shown to increase markedly in the presence of disease, indicating that some sub-populations of patients may be more susceptible to VILI than others. Third, alveolar dynamics in both normal and compromised patients is poorly understood and controversial. Fourth, mechanics in the lung is highly interdependent. During mechanical ventilation, flow into the lung follows the path of least resistance. Alveoli that are closed or filled with secretions will likely be underinflated while nearby alveoli that are open will likely be overinflated.

We propose to address these challenges by developing a multiscale computational model of the entire respiratory tract, integrated with a novel and focused imaging study of regional parenchymal strain and alveolar dynamics. Specifically, we will develop an imaging-based multiscale computational model (Figure 1) that connects airway transport and mechanics with coupled, time-dependent parenchymal and alveolar scale mechanics. Parenchymal scale mechanics will be based on a novel implicit framework for lung parenchyma and will telescope to the alveolar scale, represented by stochastic populations of structural alveoli, articulated in terms of spatially arranged collagen, elastin and alveolar surfactant. Alveolar recruitment will be represented at both scales. This proposed model will enable the prediction of dynamic, spatially heterogeneous alveolar stresses, and thus enable an investigation of the micromechanical consequences of various ventilation strategies in health and disease. Moreover, by working with well-characterized disease models we will address the question of the vulnerability of certain sub-populations of patients with existing lung disorders. Furthermore, the companion imaging study proposed herein is designed to elucidate alveolar dynamics, particularly with regard to alveolar recruitment; thereby not only informing the model but also deepening our understanding of a poorly understood area of physiology. 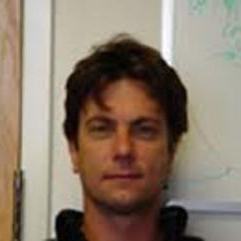 Automodels of the
lower limb