One proposed mechanism of patellofemoral pain, increased stress in the joint, is dependent on forces generated by the quadriceps muscles. Describing causal relationships between muscle forces, tissue stresses, and pain is difficult due to the inability to directly measure these variables in vivo. The purpose of this study was to estimate quadriceps forces during walking and running in a group of male and female patients with patellofemoral pain (n = 27, 16 female; 11 male) and compare these to pain-free controls (n = 16, 8 female; 8 male). Subjects walked and ran at self-selected speeds in a gait laboratory. Lower limb kinematics and electromyography (EMG) data were input to an EMG-driven musculoskeletal model of the knee, which was scaled and calibrated to each individual to estimate forces in 10 muscles surrounding the joint. Compared to controls, the patellofemoral pain group had greater co-contraction of quadriceps and hamstrings (p = 0.025) and greater normalized muscle forces during walking, even though the net knee moment was similar between groups. Muscle forces during running were similar between groups, but the net knee extension moment was less in the patellofemoral pain group compared to controls. Females displayed 30-50% greater normalized hamstring and gastrocnemius muscle forces during both walking and running compared to males (p<0.05). These results suggest that some patellofemoral pain patients might experience greater joint contact forces and joint stresses than pain-free subjects. The muscle force data are available as supplementary material.

This paper provides kinematic, EMG, and muscle force data for 45 individuals during walking and running. 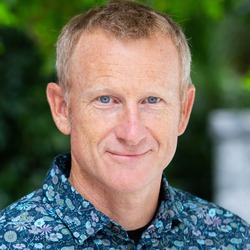